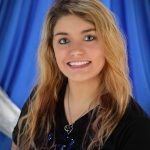 Heather (Owner) Heather has over 11 years of coaching experience. She has been a Gym Owner for the last 9 years at WGV Gymnastics. She has experience as a Preschool Coach, Recreational Gymnastics Coach, and Competitive Team Coach. She has her meet director certification and all safety certifications. She has helped develop many recreational gymnastics programs. Coach Heather is certified by both USAG and AAU. 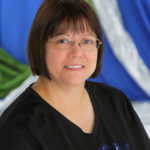 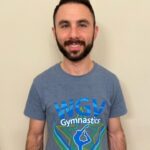 Coach Kenny (Head JO Team Coach) Coach Kenny has been involved in the sport of gymnastics for the past 30 years. He has spent the last 15 years coaching athletes through level 10. Kenny was a high-level competitive gymnast for over 10 years. Through out his time coaching, Kenny has worked with National Team Staff, attended both Regional and National Congress and worked with nationally recognized coaches throughout the country. After graduating from college Kenny coached the University of Colorado Gymnastics club team. Coach Kenny was voted “2015 Colorado Coach of the Year”. He has had numerous athletes rated on America’s “Top 100” list on multiple events, multiple athletes placing in top 3 at state and regional, and national events. In 2020 Kenny moved to Florida with his wife and son from Colorado. Kenny is a 4th generation Coloradan. In his free time he loves skiing, hiking, playing Frisbee golf, and spending as much time as he can with family. Kenny went to the University of Colorado at Boulder where he received his degree in French Literature with an emphasis in Sociology and Astronomy. 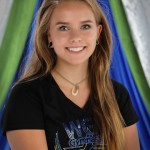 Coach Thea (Team) Coach Thea has been actively involved in gymnastics for 19 years. She was a competitive gymnast for 8 years and has been a coach for 5. She is currently pursuing a bachelor’s degree in Psychology and minoring in Sports Management. She is hoping to pursue a master’s degree and PhD in Sport Psychology. Thea has worked under numerous experienced mentors, including an Olympic-level and a division 1 coach. Her primary goal as a coach is to help young gymnasts fall in love with the sport just as she has. She likes to maintain the fun of the sport while also emphasizing form, technique, and discipline. Coach Kristi (Xcel Program Director/Platinum Coach/Beam and Floor Coach Optionals) Coach Kristi first entered into the gymnastics and dance world at 3 years old. Kristi won her first State Championship at the age of 5 and won her first Junior Olympics at 7 years old. Kristi reached elite gymnastics status at 10 years old. As a junior gymnast Kristi was one of the United States’ top-ranking athletes nationally. From 1986 to 1989, she placed first in the all-around in every single competition she entered. At her first U.S. National Championships in 1987, she won the all-around title in the junior division; she repeated her success the following year, despite competing with a broken foot. By 1986, the Atlanta Journal Constitution stated that not only was she considered to be the state’s best but also widely recognized in the “world” as a rising gymnastics star. As Kristi moved into the senior ranks, she appeared to be on track for the 92 Olympics. However Dixon’s Olympic ambitions were derailed when first she broke both ankles and tore her ACL competing in Arkansas but then after months of recovery time and returning to the gym was heartbroken again when she sustained a career ending injury while performing a simple skill. Kristi left the sport behind for good or at least that is what she thought. After college Kristi decided that she could not just leave gymnastics in the past and decided to share her love of gymnastics with the younger generation. She opened a gym and never looked back until her and her husband was relocated to Florida in 2018. Her coaching career includes; 17 years of judging at a national level, Trained 9 national champions, Exclusively trained 13 athletes for college gymnastic scholarships, Extensive experience choreographing routines for state, regional, national, and eastern champions of her own and at other gyms around the US Kristi is married and they have a 24 year old daughter and a four month old granddaughter that they are absolutely in love with. Outside of having a true love and dedication for the sport of gymnastics she is also a LCPC (licensed clinical professional counselor). 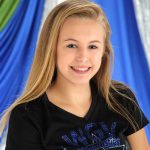 Coach Macey (Preteam Coach/Recreational Coach) Coach Macey has 8 years of gymnastics experience with 5 years being a competitive gymnast. Her competitive experience, up to xcel platinum, helps her coach gymnasts effectively. She coaches because she loves passing her passion of the sport down to others. 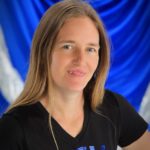 Coach Alice (Preschool Director) Coach Alice has 2 years experience coaching recreational gymnastics. She has a passion for working with children as she has 7 of her own. Alice loves seeing her gymnasts discover, enjoy, and master new skills. Her goal when coaching is to encourage gymnasts to challenge themselves in a fun safe environment. 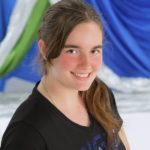 Coach Christina – (Preschool Coach) Coach Christina loves coaching her little gymnasts. She likes to see them smile and play. Her favorite is seeing their pure joy when they get a new skill. Being a big sister to 6, she knows how to entertain and take command. 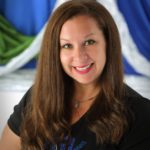 Coach Stacie – (Morning Preschool Coach) Coach Stacie began her love for dance at Fascinatin’ Rhythm at the age of 2.5 years old where she became a competitive dancer and gymnast. Stacie went to high school at Douglas Anderson School of the Arts for Dance. She also taught and choreographed ballet, jazz, contemporary, acrobatics, tap, and lyrical. Stacie did a Disney summer internship, attended classes in New York City Alvin Ailey, and participated in many competitions, conventions, and local area shows. She was a substitute teacher in Duval County from 2005-2010. She also went back to become an LPN and worked in ICU for 2 years before starting her family. She is a dedicated teacher and has a huge passion for dance and gymnastics. She has 3 active little ones who also love dancing, gymnastics and baseball. Her passion is being in a gym and dance studio ultimate to provide dance and gymnastics lessons watching the children grow and achieve their goals. Gymnastics and dance has always been a positive influence in her life and she wants to continue to share her passion with others. 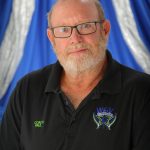 Coach Paul (Tumbling) Coach Paul has over 50 years of experience coaching at numerous gymnastics facilities in many different states. He was the Program Director/Head Coach at Village Gymnastics for 24 years prior to joining the WGV Gymnastics family. He has experience with all levels of recreational and competitive gymnastics for local, state, regional, and national. 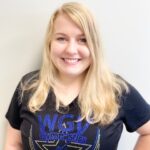 Coach Breilyn (Special Events Director and Recreational Coach) Coach Brei has over 3 years of coaching experience. Her favorite part of coaching is sharing the excitement when one of her gymnasts gets a new skill. Her favorite event to coach is bars as she encourages strength and agility in her students. She cant wait to get to work each day with her gymnasts and they all love her. 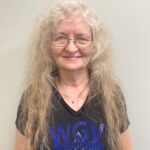 Mrs. Tina (After School Program) Miss Tina is one of the smiling faces you see in the after school care room! Tina has a lifetime of experience teaching, raising, babysitting, and having fun with children; most who end up playfully calling her “Mom.” She is a mother of seven and grandmother of twenty-one. Tina spent 3 years as a certified American Red Cross Instructor, teaching first-aid and first responders courses, CPR, and the instructors themselves. Tina served in various places as teacher’s aide, VBS coordinator, WEBELOS den mother, Girl Scout leader and GSSUM, youth group leader, children’s activity coordinator, bus or van driver for events, and tutored other students in addition to home schooling her own children.Tina has been a safe driver for all of her driving life. She enjoys being able to help cultivate a safe encouraging atmosphere for children. She likes to see smiles, hear laughter, and loves hugs and high-fives! 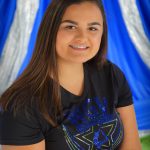 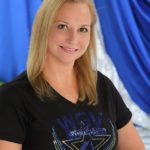 Jenny – (Booster Club President) Jenny Robor not only works full time outside of WGV Gymnastics she is also our current President of WGV Athletics Booster Club since 2018. She is from the Midwest and moved to Florida over 20 years ago. She has a daughter on team with WGV Gymnastics and her daughter has been on team for past three years. She also has a son who plays travel baseball so it is always exciting in her household. Jenny has been a part of WGV Gymnastics for 3 and half years. She has the honor of being president for the past two years. As president she has coordinated with all officers and filled in vacant positions, organize and ran two in house competitions, picking up and delivering vending supplies, coordinating running and planning two banquets, helping in creating gifts for all team girls for Christmas and end of year banquets, helps run all parents night out events, answers phones, and helps takes payments for WGV Gymnastics. She loves working with the kids during parent’s night out and helping to run all the team events through the booster club. She has had a fun two years with our move to our amazing new facility and helping with the transiting to a new head coach to our team. She is looking forward to the next couple years with WGV and the growth it will have. Most of you see her around the vending machines as she has been the runner for the supplies for the machines for the past two years. You will see her at each meet we host and every parent’s night out event held at our gym. She enjoys working with all the parents and kids. This year she would like to continue with our fundraising efforts and looks forward to bringing new ideas to the table to help bring more money in for the club. 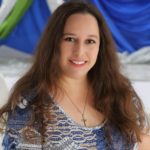 Tracey – (Booster Club Treasurer) Tracey Batten is currently serving as WGVABC treasurer for WGV Athletics Booster Club since 2014. As treasurer, she has the role of collecting fees, invoicing, auditing, submitting tax information for nonprofit status, submitting business license for club, processing payments, bookkeeping 68+ accounts, purchasing supplies and uniforms, keeping up with all non-profit 501c3 rules and regulations, attending all board meetings, attending all booster events, ensuring bills are paid in a timely fashion, registering all girls for meets, and overseeing all fundraisers. She also oversees and accounts for all physical inventory and ensures that all of the team girls have correct uniform sizes recorded. She created and runs the website wgvabc.com and maintains updates to ensure that all of the booster club members have access to their current accounts and all other relevant team information. In addition to working as treasurer, she often helps answer phones, takes payments, and greets new gymnasts at the front desk as volunteer for WGV Gymnastics. Tracey helped to start up WGVABC, helped write the corporate by-laws and helped complete the paperwork and required legal documentation for starting up the non-profit corporation for the club. Like others on the board, she is also employed outside of WGV Gymnastics in addition to the volunteer work she does for the gym. She has a B.A. in business administration and theater arts from Flagler College and has worked her whole career in management and accounting positions. For the past 8 years and currently she volunteers at Our Lady Good Council Catholic Church as a 6th Grade Catechist teacher. She also volunteers and donates time to building remodeling and design specializing in tile installation. She has advanced computer skills including hardware, software and web design, and builds and repairs computers. In addition to computer skills she has extensive experience with vending machines, mechanical operations and repairs, and was trained in building trades with knowledge of construction and tools.